This series will be focused on the Java Naming and Directory Interface implementation in Wildfly. This first article will make a brief introduction on the overall design of Wildfly in this part.

From the definition on Wikipedia, the Java Naming and Directory Interface(JNDI) is “a Java API for a directory service that allows Java software clients to discover and look up data and objects via a name”(See: Java_Naming_and_Directory_Interface). The JNDI specification is defined by the interfaces in javax.naming package provided by JDK. Here is the screenshot of my openjdk source directory:

From the above screenshot, we can see the relative interfaces in javax.naming package. In Wildfly, the naming module implements the JNDI specification. Here is the screenshot of the Wildfly nameing module:

From the above declaration, we can see NamingService implements the Service<NamingStore>, which means the service is to enable the NamingStore during Wildfly startup process. Now let’s see the class diagram of NamingStore:

From the above diagram, we can see the NamingStore interface contains the operations defined by the JNDI spec. For example, there are operations like lookup, list, listBindings, etc.

NamingStore is an interface that can be implemented as a standalone container, or provided by the underlying application server. Here is the class diagram of the interface and its implementations: 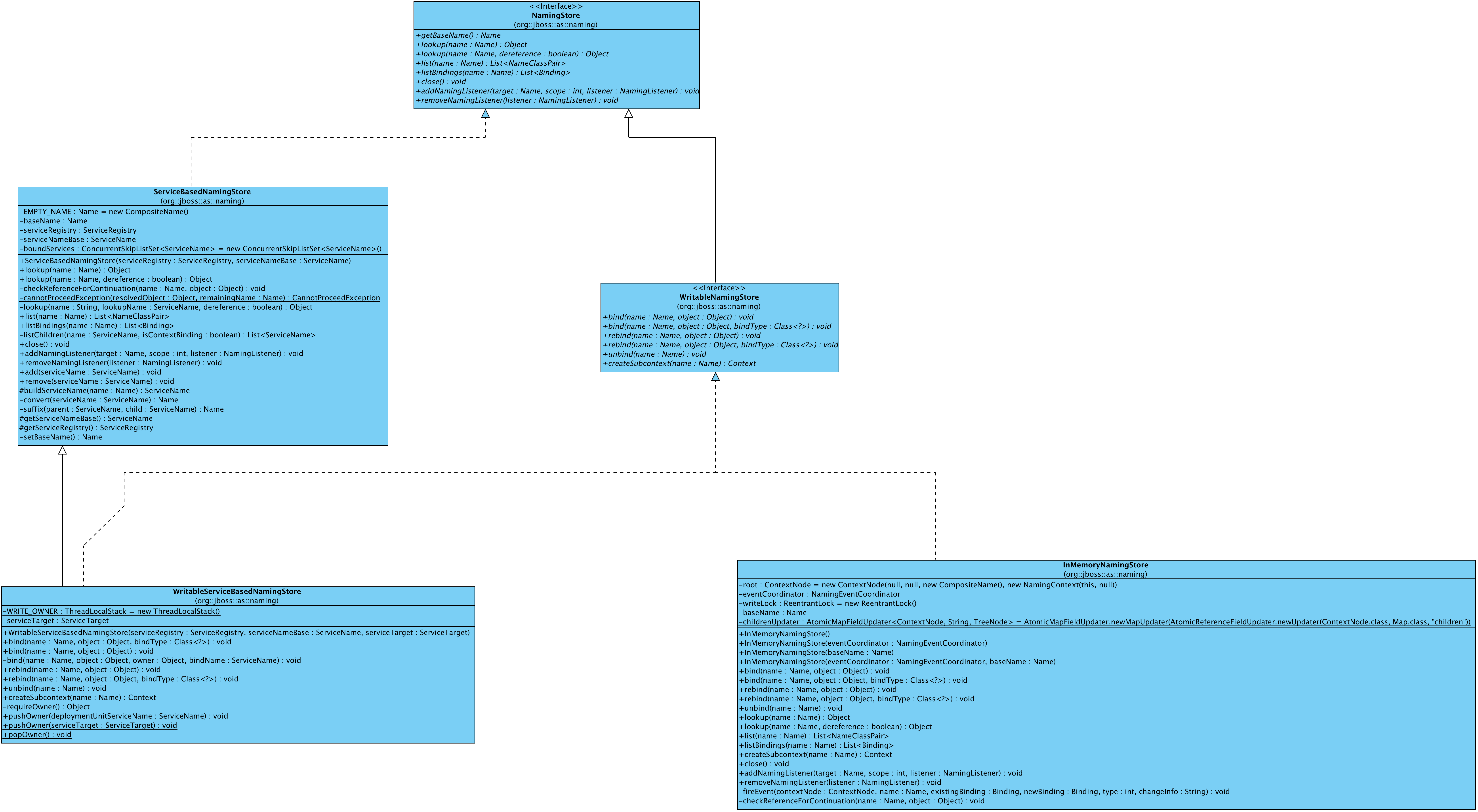 We can see there are multiple implementations of NamingStore in above. The InMemoryNamingStore is not used in Wildfly production environment, but you can check its code see how to implement a naming store. The ServiceBasedNamingStore and its subclass are used by Wildfly runtime. We can see its usages in these classes:

There are several test cases for both ServiceBasedNamingStore and InMemoryNamingStore you may want to check for their usages. In this article I won’t dive into much detail on the usage part.

In this article, we have checked the NamingService, and knows that it will enable NamingStore during Wildfly startup process. In next article, let’s check the RemoteNamingServerService.